You know that feeling you get when settle into your seat on a roller coaster and lock yourself into the restraint? That mix of nervous excitement and stomach-churning fear and you’re not sure whether you should smile and enjoy the ride or claw your way out of the seatbelt to scramble to safety. You know that feeling? Yeah. That’s the one. That’s what I’m feeling today. I signed up to do something so deliciously terrifying that all I can do it remind myself to hold on and hope that rumbling feeling in my guts won’t end badly. I signed up to run a 100 mile race. Well… actually I signed up to run two of them but who’s counting. One of them you enter a lottery and hope you win the privilege to suffer and the other one you just pay up front and are guaranteed all the pain and bodily fluid malfunctions you can handle.

The lottery I entered is called Leadville 100 in Colorado. It is a notorious trail steeped in all kinds of ultra-running history that it gets me so stupidly excited I would almost rather win an entry to that then win an actual lottery with actual money. The other race is called Sinister 7 in Crowsnest Pass Alberta and any fool willing to sign up to run the whole 100 miles gets an automatic entry and a ‘best of luck you idiot’ pat on the back. So whether I win the lottery or not, I’ll be running a 100 mile race this summer.

After spending some time in Leadville last year, I knew I had to add the race to my bucket list and started to say things like ‘I would totally run this’ and ‘I’ll throw my name in the lottery’ but I also knew that leaving my odds up to the running gods was a bit of a cop-out. The chances of getting in are so slim that I could easily toss around reckless statements like that and never have to worry about follow through. Which is why I’m also registered for Sinister 7. Cue the roller coaster ride, the catch is I’m just not sure yet where these tracks lead.

I’m excited because I know I am capable of running 100 miles. Maybe that sounds arrogant for someone who has only run half that distance before, but I know I can do it because I know I am only limited by my beliefs about my potential. I just need to put in all kinds of work to get there. And that is the part that gets me ‘I just puked in my mouth a little’ scared. I know it won’t be easy, but I also know it will be worth it.

So why would I willing subject myself to doing something so massively scary? There is absolutely nothing heroic about running that far. In fact, it is likely a colossal waste of my time and money. All those hours put into training could be better used for doing something truly noble like adopting orphans or ridding the oceans of plastic, but I like to think my career choice in non-profit has earned me at least a few good karma points and so I’m going to spend those hours selfishly. But why? If it scares me?

Fear is our most primal instinct. It has been what has kept humans alive for this long, because we know enough to be afraid of dangerous things and run away quickly. It’s a fantastic motivator. But fear is also a pretty undiscerning emotion that doesn’t distinguish between perceived threat and actual threat. As a result, fear can create some pretty loud mental-chatter that can lead to crippling anxiety and a life that may feel ‘safe’ but is actually a life only half lived. 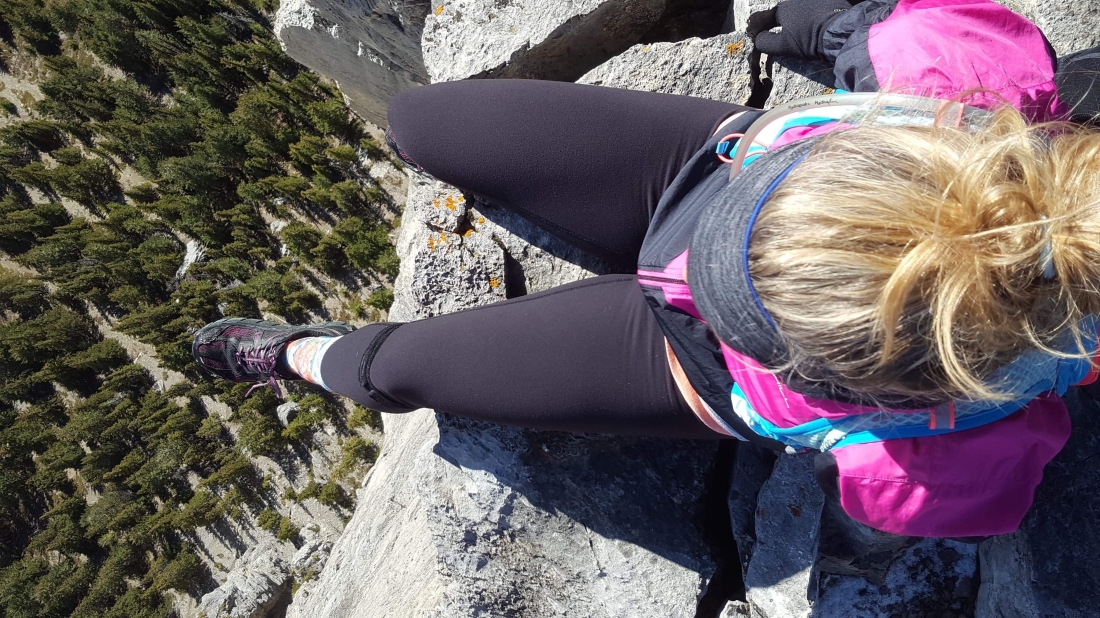 I don’t want to live a life half-lived, and I don’t want my kids to look at the life we have given them as one that is (perceived) safe and predictable. I want them to know that they can accomplish big goals by taking the risk to try and believing in the process enough to know the outcome is worth that risk. There are lots of ways to teach those things to your children; I’m gonna try to do that with a finishers medal and a big sweaty hug.

I’m lucky. I have the privilege of choosing which fears I want to conquer, which challenges I get to take on. Not everyone is. I look at those around me facing bigger mountains of grief, loss, sickness, bad relationships, addiction. I look at my dear friend Amy facing every mother’s most terrifying mountain; a cancer diagnosis that has had more bad news then good. For the last six months I have watched this fierce woman climb her mountain, one step at a time, without knowing how far she has to go before she has conquered it. 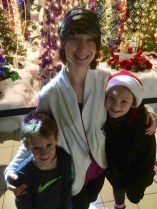 This is a challenge she did not choose, in fact, she had big plans to run 100 miles this summer as well, but instead of hill repeats and long runs, she’s getting surgeries and chemo. This is scary stuff; lie awake at night and cry sort of scary stuff, and yet she bravely keeps moving forward.

Real bravery is being scared but doing it anyway.

No one knows how the journey will end. There is a very high chance I will get a DNF (did not finish) even if I put in all the work and do all the right things. But that is the beautiful messy part of taking on these sorts of challenges; no one said it would be safe but that was never what I was looking for. Choosing to run 100 miles is my way of rejecting the fear that would otherwise keep me home, living a small, predictable life. And when I finish, I will know with certainty that when I am faced with other scary things beyond my control I will be well-equipped to go ahead and do it anyway.

One thought on “Being scared, but doing it anyway”